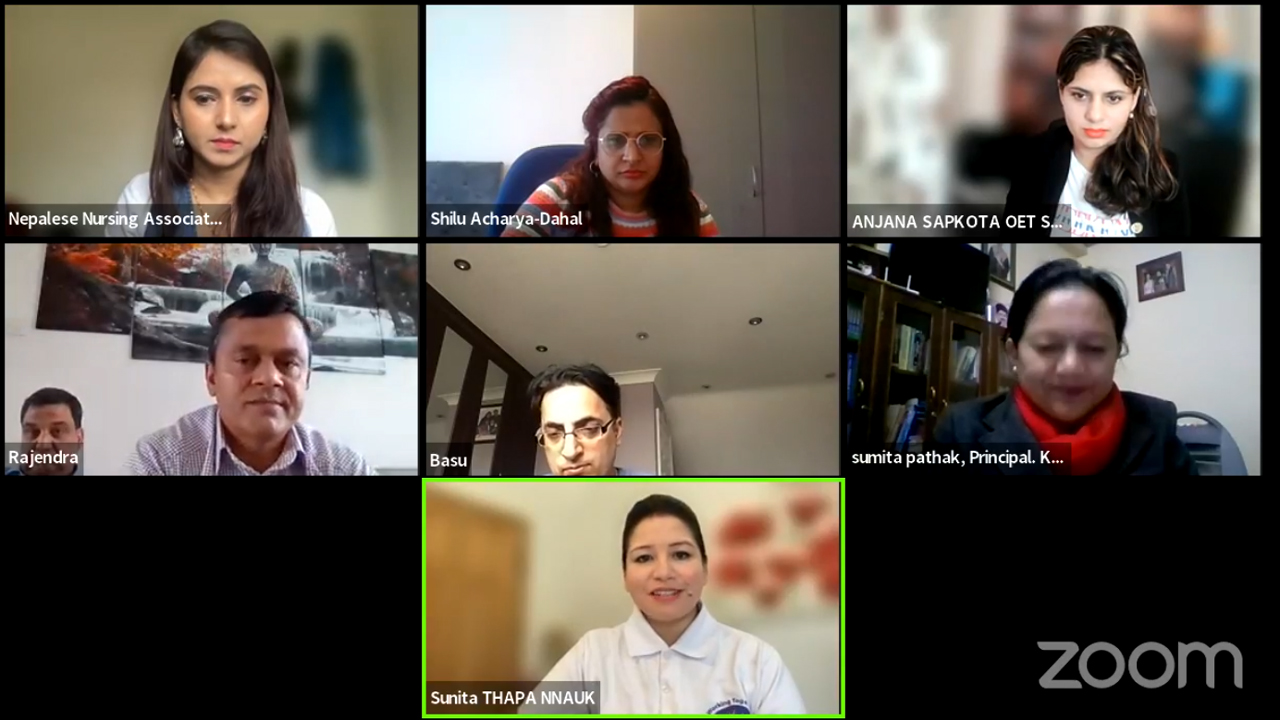 LONDON: It will take another year to complete the process of bringing nurses to the United Kingdom by signing a labor agreement between the Government of Nepal and the UK Government.

The Nepalese Nursing Association (NNA) UK, an organization of Nepali nurses in the UK, organized a virtual press conference and informed the media about the update on Sunday.

The suggestion was made by officials of the Department of Health and Social Care at a meeting with NNA UK.

NNA UK Chairperson Sunita Gautam said in a recent meeting with the UK Ministry of Health that her first meeting with the Government of Nepal was positive and that it would take a year to bring in nurses from Nepal.

NNA UK Secretary General Binu Lamichhane said bringing a nurse to the UK would cost around 4,000 pounds but all the money would be paid by the National Health Service (NHS) or its agencies and nurses in Nepal would not have to pay a single penny.

Former president of NNA UK Basu Lamichhane clarified that there is no separate arrangement for registration of nurses from Nepal who want to come to the UK.

She asked nurses wanting to apply for the jobs to come to the UK only after passing the English language test.

The initial salary of nurses in the UK is around 25,000 pounds per annum.

Rajendra Pudasaini, another nurse working in the UK, also urged Nepali nurses not to leave their jobs, not to be too enthusiastic and to be careful not to pay anyone to come to the UK.

Indira Basyal of NNA UK said that NNA UK is conducting various programs for the benefit of Nepali nurses working in the UK.

Man Rai, president of the Nepal Nursing Association, said that the Nepali government had not officially discussed with them about taking nurses to Britain from Nepal.