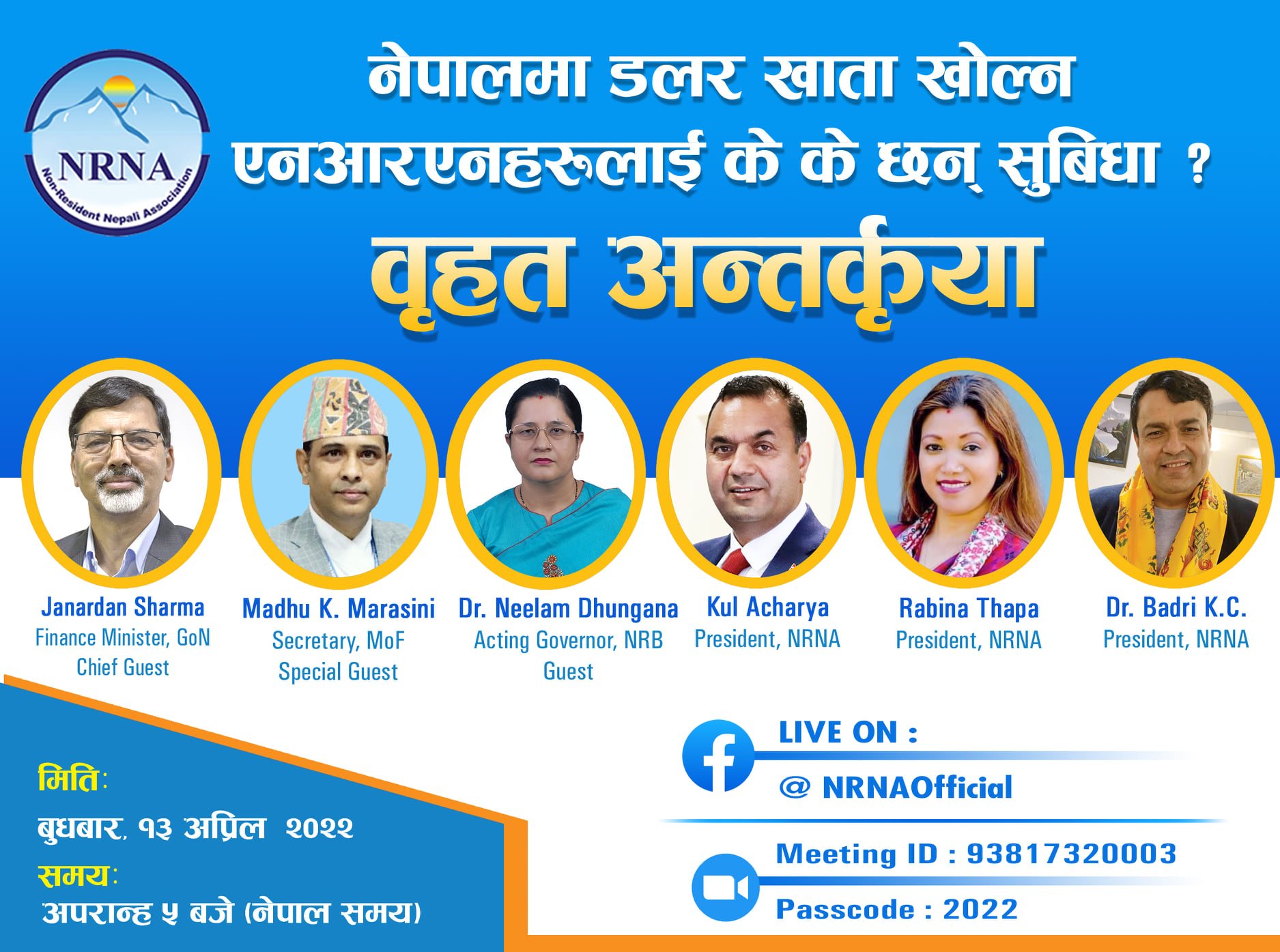 The emergency meeting of the NRNA International Coordination Council on Monday decided to join hands with the government in resolving the possible economic crisis in the country, NRNA spokesman Shiva Baruwal said. NRNA executive president Kul Acharya chaired the meeting which was also attended by the other two presidents Badri KC and Rabina Thapa.

The meeting decided to hold an extensive interaction on Wednesday with the participation of the Finance Minister, the Finance Secretary, Nepal Rastra Bank (NRB) officials and economists, among others, in a bid to address the situation of decreasing foreign reserves.

The NRNA spokesman said the meeting decided that through the programme all the non-resident Nepalis would be urged to open account in US Dollars in any bank in Nepal and to deposit at least 1,000 USD in that account.

It also decided to form a task force under NRNA vice-president Bhusan Ghimire’s leadership to study on the problems that might arise while opening the dollar account, remitting dollars, saving the amount in that account and while withdrawing money from the account at the time of need as well as giving suggestion to the government on the difficulties created by the monetary policy to the non-resident Nepalis. All the vice-presidents of the NRNA are the members of this task force.

A publicity committee has been formed under the leadership of general secretary duo Gauri Joshi and Dr Keshab Poudel for having the participation of all the non-resident Nepalis in the interaction programme. All the deputy general secretaries and secretaries are included in this committee.

Similarly, the meeting decided to facilitate all the non-resident Nepalis in opening the dollar account. This task would be led by the NRNA treasurer. All the joint-treasurers are the members of this committee.