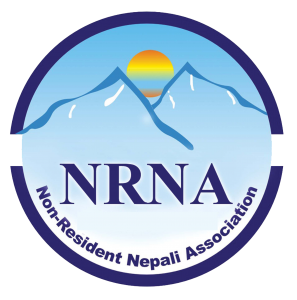 Dr. Upendra Mahato, Founding President of Non-Resident Nepali Association (NRNA), has said that if there is a guarantee of stability in bureaucracy for the next five years, the FDI will go up by about 40 per cent.

“If this does not happen, I will fund the gap,” he said at a policy talk on ‘Leveraging diaspora investment for economic transformation of Nepal’ organised by Daayitwa, an NGO.

Stating that a large part of the FDI commitment in Nepal goes unrealized, he maintained that political and bureaucratic instability are the two main causes behind it.

“There is not a single ministry and administrative agency that could enjoy the leadership of a minister or civil servant for more than two years. It has hampered the expertise and institutional memory. Instability in bureaucracy has greater repercussions on the development and investment climate compared to political instability,” said Dr. Mahato.

Earlier, there was a provision to cancel Nepal’s citizenship if one was to receive the citizenship in any other country. In the process, they used to sell their property and house in Nepal and take the money to foreign countries illegally, mostly through hundi. But with the new provision of NRN citizenship, this trend could be expected to cease or reverse, according to Dr. Mahato.

He said that sentiment alone is not enough to attract investment, it’s a strategic element. “I would also like to tell that the economy entirely based on foreign investment is not good for any country, we need to promote domestic investment in multiple areas,” he maintained.

Dr. Mahato suggested the young NRNs to begin investing in Nepal to create space for them in the future. “NRNs have two options – they can invest here as a foreigner and a Nepali. This is a great opportunity. Even after this, if NRNs complain about challenges in investment in Nepal, this would be a ‘nonsense’,” maintained Dr. Mahato.

Addressing the programme virtually, lawmaker, Gagan Thapa, said that Nepal must devise an innovative way to mobilise the capital generated by the Nepali diaspora. “There should be a clear policy provision for the repatriation of wealth in the future since the children of the NRNs will be foreign citizens,” he said.

He suggested different provisions for the foreign investors and diaspora. There should be also facilitation for those who don’t want to come to Nepal but want to invest in business and other investment projects here, he said. Ensure right to enter, stay, exit

“To bring in the foreign currency, the investors should not seek approval from the central bank, permission from the DoI will work for that. However, they should inform the NRB after they get the money here,” he said.

He pledged that the central bank was ready to amend the policies to facilitate the investors and FDI. Meanwhile, the NRB has been discussing with the government to implement new policies to discourage hundi and other illegal payments that help capital flight. According to him, all investors should have the right to enter, stay and exit.

Yam Kumari Khatiwada, former secretary of Ministry of Industry, Commerce and Supplies, said that policy reform is fundamental to attract FDI. Since multiple agencies are involved in the process of investment approval, facilitation and profit expatriation, effective operation of one-door service centre is a key to attract FDI, she informed. Khatiwada maintained that some sectors where the country doesn’t have expertise and lack technology should be opened for FDI without any threshold while some sectors like hydroelectricity need much higher amount to develop them.

report to give the economic facts to the investors can be two noble steps in that direction,” she said.

Ram Chandra Tiwari, Director General of the Department of Industry, doubted that the threshold had scared away the investors. “If the threshold for FDI has discouraged, why wouldn’t it be flowing in in abundance while the ceiling was Rs. 5 million?” he questioned.

Likewise, Rajeshwor Gyawali, Joint Secretary of the Ministry of Finance, said that the NRN Development Fund’s operational procedure will soon be approved by the Cabinet and it will open ways to mobilise the fund for investment. Political bickering in terms of bureaucracy management has negative repercussions on development and businesses, he said.

Anup Raj Upreti, Member Pioneer Law Associates, said that it takes about 10 months to complete the investment approval process. He suggested that there should be equal treatment to all investors – domestic and foreign.