The event was held on the premises of the Union Buildings, Pretoria, with the theme of ‘Strengthening Resilience in Nutrition and Food Security on the African Continent’ aimed at promoting cultural diplomacy. The event also helped to further enhance the spirit of global unity and cultural integration through exchanges of culture, arts, music and cuisines among relevant stakeholders including government bodies, business community, diplomatic corps, civil society and the general public, according to the Ministry of Foreign Affairs.

During the annual event held under the 2022 African Union ( AU), the Embassy set up a stall showcasing a rich diversity of Nepal’s natural, historical and social-cultural treasures, and disseminated information to visitors about touristic destinations, exportable Nepali products and other socio-economic aspects of the country. 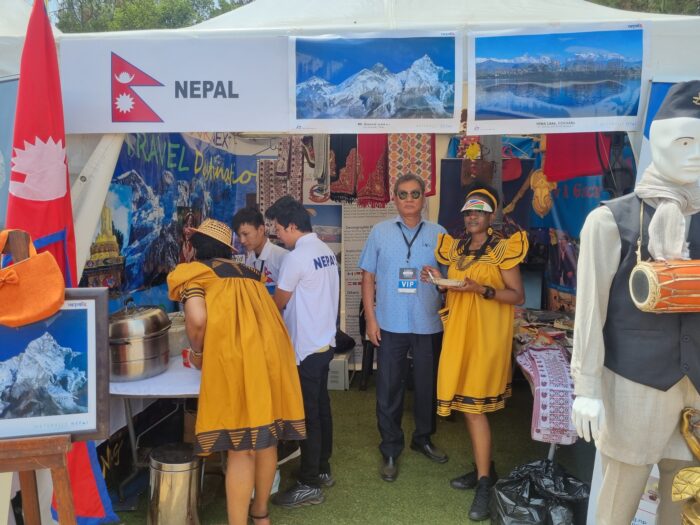 Further, promotional tourism videos and documentaries about Nepal were screened at the fair. As part of the fair, Nepali cuisines such as rice-pudding, Aalu Dam, Aalu Chop, Batuk and Potato-cucumber pickle were exhibited and distributed to an overwhelming number of visitors including high ranking South African government officials, members of diplomatic corps, local business communities, media persons, students and the general public.

A host of cultural performances and concerts, both by South African artists and the diplomatic missions, added beauty to the program. Over five dozen embassies/high commissioners, regional offices of international organizations including the UN accredited to South Africa and local academic institutions took part in the fair – a public diplomacy initiative being held by DIRCO since 2006. 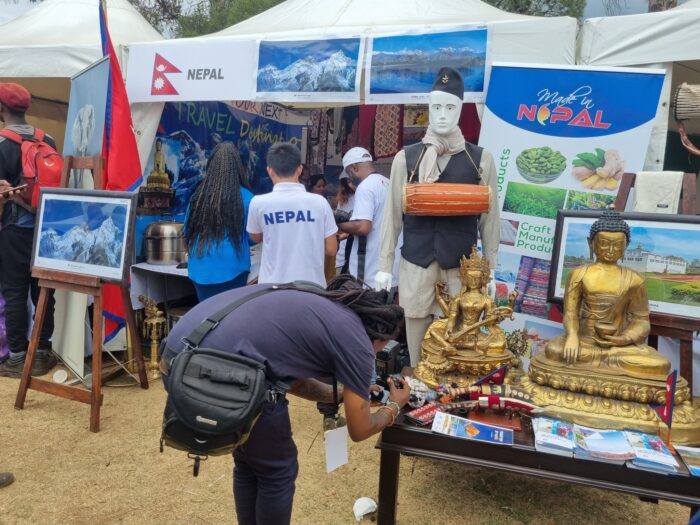 An Interaction on NRNAs Role in Tourism Promotion Held

NRNA to provide scholarships to 5,000 students