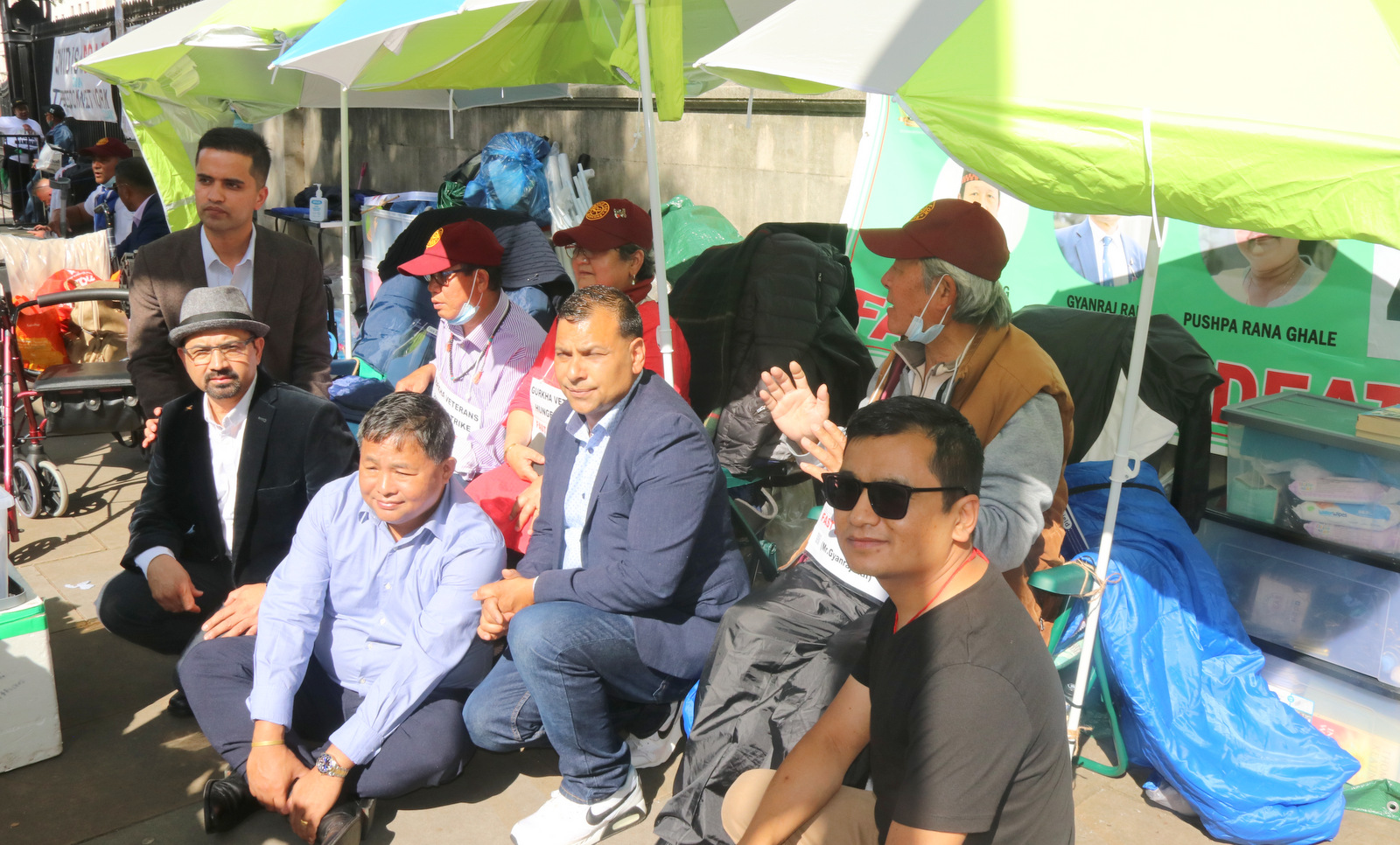 LONDON : The ex-Gurkha veterans, who staged a relay hunger strike in front of the office of the British Prime Minister for the past 17 days demanding equal pension pay, have now launched a fast-unto-death campaign.

Gyan Raj Rai, a former Gurkha veteran and a participant in the hunger strike, shared they were forced to launch fast-unto-death when their demands were not addressed despite repeatedly approaching Nepal and British governments through several mediums. “We resorted to going on a hunger strike as all other alternatives have been used up”.

In a letter to Coordinator of Gurkha Satyagraha Joint Struggle Committee, Krishna Bahadur Rai, on last Saturday, the Nepal government had urged them to put off hunger strike assuring that their demand would be addressed through diplomatic negotiations with the British government. However, the agitating side denied the proposal. The Struggle Committee Coordinator Rai said the hunger strike would continue until and unless British government sends an authorized letter stipulating a date for dialogue.

Former Gurkha veterans, Gyan Raj Rai, Pushpa Ghale and Dhan Bahadur Gurung are sitting for hunger strike. Various Nepali organizations based in the United Kingdom and British citizens have also demonstrated solidarity for the campaign launched by ex-Gurkhas for justice, coordinator Rai shared. Representatives of Nepali organizations that were established for the welfare of ex-Gurkhas had called on Nepal’s Ambassador to the UK, Lokdarshan Regmi to apprise him of the ongoing relay hunger strike last week.