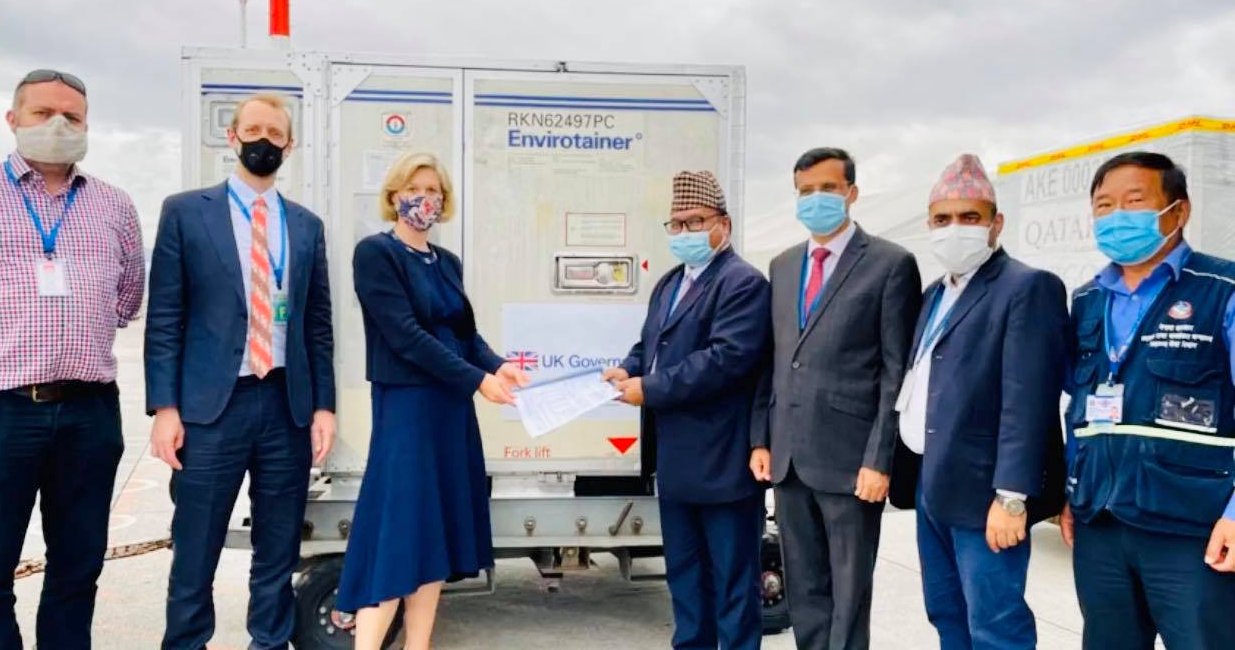 London : The British Ambassador to Nepal Nicola Pollitt handed over 130,000 plus doses of the Astra Zeneca COVID-19 vaccines to Nepal on Thursday. The vaccines were donated as part of the UK’s direct bilateral support to Nepal, according to the UK Embassy in Kathmandu.

The vaccines were received by the Ministry of Health and Population’s Chief Specialist Dr Dipendra Raman Singh and were driven straight from the Tribhuvan International Airport to Teku Hospital, to be stored in cold storage and readied for distribution.

“I am delighted to be here today at airport in Kathmandu as over 130,000 Astra Zeneca vaccine doses donated to Nepal by the UK has just arrived in Nepal. The UK is Nepal’s oldest friend, with a strong partnership that has lasted for more than two hundred years,” a press statement issued by the embassy quoted Ambassador Pollitt as saying. “We have been supporting the Nepali people to fight this pandemic. These vaccines are direct bilateral support to Nepal, and they follow our $735m donation to the COVAX facility, as well as the supply of oxygen generation equipment, ventilators, and PPE sets.”

The envoy further said that she pays tribute to the hard-working teams in Nepal who will make sure these vaccines help some of the most vulnerable and at-risk groups across the country. She also commended the collaboration between the private sector and Oxford University, one of the world’s best-known academic institutions, in developing an effective vaccine so quickly, which she described as a model of private and public sector collaboration.